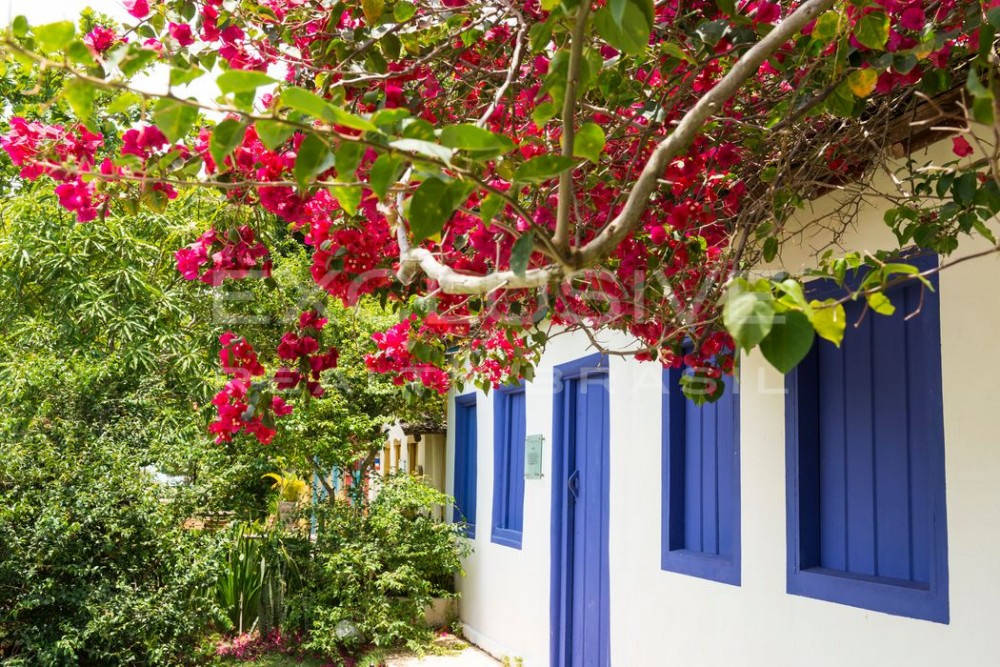 The town, which didn’t even have electricity until the 1980s, is now attracting a growing contingent of vacation-home buyers, both Brazilian and international

When Anderson Cooper first visited the Brazilian beachfront town of Trancoso in 2016, he knew immediately that he had to own a vacation home there.

“I had been going to Brazil for more than a decade at that point and had heard about the charm of Trancoso for years,” said the CNN anchor. “From the moment I visited, I was taken by the magic—the beaches, the main square called the Quadrado, the mix of cultures and how authentic and un-touristy it was.”

Mr. Cooper is among the growing contingent of home buyers, both Brazilian and international, who have their sights set on owning a vacation property in Trancoso. Located in the state of Bahia in Brazil’s northeast, the destination was originally a fishing village that didn’t have electricity until the 1980s. Characterized by colorful houses, more than half a dozen long stretches of beach and the Quadrado, the grassy central square featuring ocean views, it was a hippie haven in the 1980s and ’90s.

With homes for sale in prime locations in short supply, Mr. Cooper found a plot of land near the Quadrado and commissioned Wilbert Das, an architect and co-owner of Trancoso’s Uxua Casa Hotel & Spa, to build his idyllic escape. Comprising four buildings, the property has three bedrooms and is constructed in a style that’s emblematic of the traditional houses in and around the town. It has a forest green facade coupled with cream-colored colonial doors and features sustainable materials such as reclaimed timber, Brazilian hardwood, clay and eucalyptus.

“Knowing that I have the house makes me very happy, and I visit with my family whenever I can,” said Mr. Cooper. “I love the lifestyle in Trancoso and the relaxed pace.”

Jetsetters discovered Transcoso more than two decades ago, according to Edmond Van Wijngaarden, the owner of Exclusive Realty Brasil in Trancoso, and were drawn—much like Mr. Anderson—to the rustic sophistication, almost year-round sunshine, privacy and unspoiled natural setting.

Soon after celebrities caught on: Beyonce visited in 2013 and is said to have loved it so much that she used it as the filming locale for the video of her song “Blue.” Leonardo DiCaprio vacationed there a few years later and returned on at least more than one occasion. Today, Mr. Cooper is among the several boldfacers who own a property in the town. The acclaimed design duo and husband-and-wife Robert and Courtney Novogratz, who recently redid their home in the town, are another example.

While Trancoso has seen a boom in tourism for the last decade, the market for residential luxury real estate was relatively small until mid- to late-2020, Mr. Van Wijngaarden said.

“In the months following the start of the pandemic, the demand for high-end homes exploded,” he said. “The interest started with the wealthy Brazilians, mostly from Sao Paulo or Rio, who couldn’t travel abroad due to the borders being closed and were desperate for an escape without the crowds.”

Now, according to Mr. Van Wijngaarden, foreign buyers, most of whom have visited Trancoso before, are increasingly scooping up or building properties.

“Trancoso had a distinct international flavor pre-pandemic, and with borders being reopened, this pattern has continued,” he said. “We see Americans, Italians, Dutch, Belgians and French buying homes.”

Mr. Van Wijngaarden’s company sold US$52 million worth of property in and around the town between March 2020 and September 2022; pre-pandemic, it was less than half the amount for the same time period. (Homes are typically marketed in Trancoso in U.S. dollars to appeal to international buyers.)

Another indication of the town’s newfound appeal: Fasano, the upscale Brazilian hospitality brand, launched sales of 23 beachfront villas there in 2018. Designed by the notable Brazilian architect Isay Weinfeld, they are contemporary homes that start at US$2 million. In the months after Covid, they quickly sold out, according to Davi Frota, the managing director for Bahia Beach, the development company behind the villas as well as Trancoso’s Fasano hotel.

He said that his company plans to develop 130 additional plots on a hilly stretch of land in the next five years. “They may be under the Fasano name or unbranded. We haven’t decided yet,” he said.

Fasano aside, Trancoso’s housing stock comprises single-family homes, either on the beach or inland. Many are in developments such as Altos de Trancoso, which faces the sea, and Terravista, built around the local golf course and also seafront. Homes typically start at 1,500 square feet and have a minimum of two bedrooms but can have up to eight or more.  Mr. Affluent homeowners often own estates that are at least 20,000 square feet, Mr. Van Wijngaarden said.

Regardless of size, homes are typically constructed with sustainability on top of mind and use reclaimed wood and eco-friendly materials. They tend to have an open plan with areas that integrate indoor spaces with the nature outside, and if they’re in gated communities, owners can avail of common amenities such as 24-hour security, a swimming pool and a gym. Lush landscaping that includes pink pepper, jackfruit and coconut trees is another common element.

“Our version of luxury is rustic luxury because we build in the way that homes have been built for thousands of years here,” said Mr. Das. The pandemic-driven desire for ownership has seen home prices appreciate, he said, by as much as double in the last few years. Homes start at around US$350,000, but luxury properties in good locations cost well above $1 million, Mr. Van Wijngaarden said. Beachfront living means a price of entry that’s a minimum of US$5 million.

For homeowners, Trancoso offers uncrowded beaches plus the surrounding rainforest and backdrop of the ocean. Come sunset, the scene gravitates from the sand to the Quadrado where the bars and restaurants start to open at dusk, and local musicians entertain the crowds with lively Bossa Nova songs. The hubbub continues until well after midnight. The seafood-focused cuisine and high-quality restaurants are also a draw—Capim Santo, for one, serves freshly caught fish and crustaceans such as grilled lobster in an attractive biophilic themed dining room.

Other pluses include the safety with low crime rates and the extra income that homeowners can generate by renting out their properties to vacationers, a common practice in town.

“Transcoso is a haven for affluent buyers seeking an off-the-beaten-track destination where they can enjoy a myriad of lifestyle benefits among like-minded people,” said Chris Graham, the founder of the London-based luxury real estate branding consultancy Graham Associates. “It’s a laid-back, eco-chic town with a rustic sophistication that ticks a lot of boxes.”

Michelle Riley, who lives in Manhattan and is a lawyer for a private equity firm, echoed that sentiment. She bought a home with her wife in 2016 that Mr. Das helped to renovate and visits five or six times a year for ten days at a time.

Situated just off the Quadrado, it’s a mini complex of old fishing houses and has a swimming pool. Ms. Riley and her wife paid US$500,000 for the home and spent the same amount to redo it.

“We now get offers from people to buy it for much more, but it’s not for sale,” she said. “We love everything about Trancoso and never plan on leaving.”